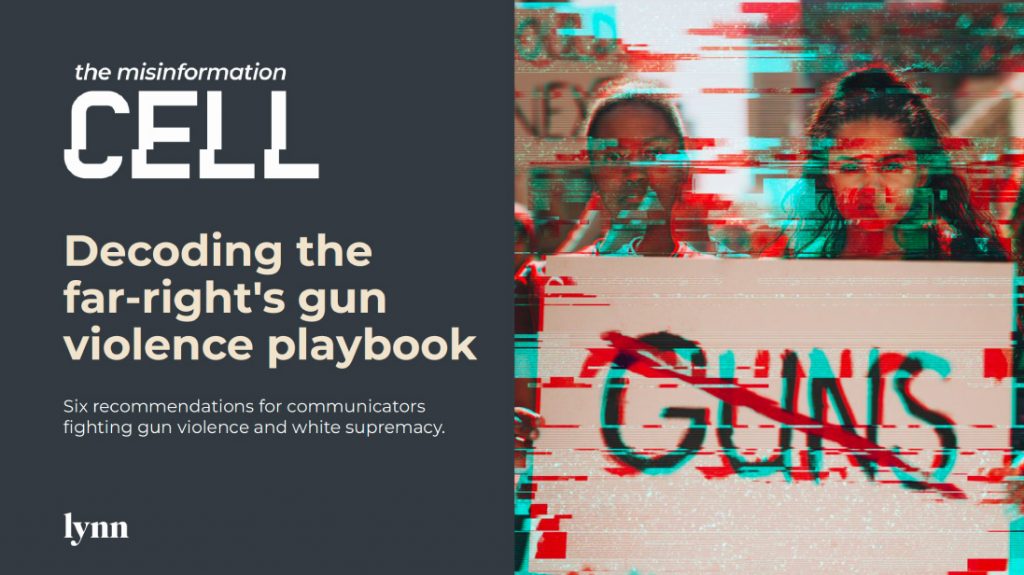 First, a shooting in Buffalo, New York was committed by a self-described ‘terrorist’, killing 10 and wounding three in a supermarket in a predominantly black neighbourhood. This was a racially motivated act of extremism. The killer produced an 180-page manifesto that follows in the footsteps of other domestic terrorists, in which he outlines his commitment to the racist Great Replacement conspiracy theory.

Second, a shooting at an elementary school in Uvalde, Texas brough back traumatic memories to a nation that has already experienced a massacre of young children.

At the intersection of these two tragedies lies an enormous challenge for the survival of American democracy: protecting its public from disinformation and propaganda coming from special interest groups and antidemocratic political movements which facilitate and at times encourage these acts of violence.

In order to support these efforts, The Misinformation Cell spent the weeks following each tragedy monitoring the top narratives being pushed by far-right influencers to decode their playbook, and in response we’ve put together six recommendations for anyone looking to fight back and inoculate their audiences .